When I am otherwise encased in that happy oblivion of “my-teenage-son-is-talking-to-me,”
I have to be extra careful not to be made the fool. 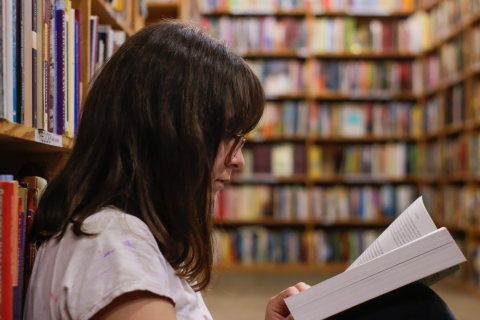 Driving around with a teenage son requires negotiation, especially if that lad has lapsed into the “I-want-to-talk-about- late-date-car-models-and-about- airplane-technology- and-I-want-to-be-a nuclear physicist-when-I- grow-up” developmental stage. Essentially, during that phase of growth, engineering topics are pertinent, as are discussions of nuclear chemistry, but talks about the need to sweep the salon or about why teens have to stop playing basketball on the rooftop merpesset after certain hours of the night are considered obviously irrelevant and certainly boring. A little Gemara is acceptable for talk, if you are the father, but not if you are the mother, and criticism about how the rice turned out remains a viable topic.

Hence, I compromised my agenda by pulling into a gas station which appealed to my teen and, hence, I otherwise yielded to that son’s sagacity by allowing the station attendant to peer under our hood. Mothers do much to reify parent/child bonds.

Unfortunately, many Israeli could not care less about interpersonal links. Many of the locals, for instance, still hold to the wisdom of charging “special American prices.”
I suspect that the gas station attendant in question is part of that population.
The attendant who asked me if I wanted him to check under the hood must have realized that I was lax from trying to connect with my budding engineer. That wrench-wilder must have understood that mothers of teenage sons lapse into consumer forgetfulness. That master of small arts likely grasped that I would fail to recognize, so enthralled was I to be engaged in parent/child discourse, that whereas New World service station providers love to pad bills, Old World service station providers love to create bills to pad.

Specifically, in my momentary amnesia, I cheerfully pulled at the lever, which released the hood, and waited for the show. So enamored was I of my son’s effusive dialogue that I contemplated only that the attendant would provide an oil and an oil filter change. I had no idea just how much more entertainment was due to follow.

The man poked and prodded, grasped and lifted, checked and made a bit of noise. He also insisted that we needed to replace four types of fluids. Boy-Getting-Taller, whose Hebrew is much better than mine, urged me to comply. In love with my child and with his talk of tanks and of flying machines, of science exams and of the best Internet sites for checking up on carbon rings, I blindly acted in accordance with the service station attendant’s wishes.
To date, I remain clueless as to whether or not we needed those replacements and as to what the man replaced.

I do not even know if the attendant charged me fair market value. The most sensible behavior I was able to cull from my mental fog, when I paid my bill, was to ask the man for the remnant of the fluids for which I had paid and for which he otherwise had had no intention of giving to me. I also had the sense to begin yelling at him when he started to dismantle my headlights.

Before I explicate that last bit, let’s explore the level of foolishness to which I fell. Assuming, for instance, that the service station attendant replaced my antifreeze/coolant, did he fill only to the level indicated or did he allow that caustic substance to run over, to spill in the vicinity of my engine? Did the attendant provide me with a solution that was a 50/50 mix of antifreeze or with undiluted stuff? Also, did he check the level while my engine was still hot?
Equally troublesome was the concept of the attendant tinkering with my transmission fluid. By the time that he had finished poking and prodding, I’m sure the car, at best, was warm. I know the engine was not running. How could he have been so sure that we needed more of the chemical? How can I be sure he used fluid that was “approved,” for our make and model? What if, in the case of transmission fluid, too, he overflowed the indicated vessel?
Was one of the mysterious liquids he poured into my car brake fluid? Did he add the “approved” type? Did he check for leaks in our brake system? Did he fill to the mark on the reservoir? Did he overfill? Oy!

I’m pretty sure one of the solutions he added to my car was oil. I’m also pretty sure the attendant failed to change my oil filter.
As per the windshield washer fluid, did the man top off my reservoir? Did he use the good stuff? I thought I saw him pour tap water into a used, discarded plastic bottle, which he had fished from a nearby trash can. Certainly, the attendant didn’t clean off my wiper blades in the process of filling that bladder or take into account that we have had near freezing temperatures in Jerusalem (this incident occurred before this week’s snowfall).
What about my belts and hoses? What about my battery? What about my air filter? Why didn’t the attendant check those necessary items? For all I know, I needed: new wiper blades, adjusted tire pressure, evaluation of my shock absorbers, and a quick look-see of my clamps and supports, muffler and pipes.

At any rate, it was after Boy-Getting-Taller brought back my credit card receipt, so I could sign over my money that the attendant rummaged around a bit more until he held out a prize to me; he had extracted one of the car’s light bulbs! I yelled at him in bad Hebrew, instructing him to put it back immediately and correctly, or else. Or else what? I’d simulate Arabic? I’d pretend to curse at him in Russian? I’d deconstruct his behavior in perfect English, but at a level only of interest to world class scientists (see: “Science Writing”)?

I guess he got the gist of my intent for suddenly the attendant was no longer interested in my money or in me. He reinserted my headlight, closed and patted the hood and made sweet words in my direction. I answered by making an ugly face at him.

When my husband returns home from the range, he can tell me whether or not the service station attendant had been helpful. Computer Cowboy can tell me the degree to which our wallet had been gouged by all of my service station gullibility. He can tell me, as well, that when I am otherwise encased in that happy oblivion of “my-teenage-son-is-talking-to-me,” I have to be extra careful not to be made the fool.