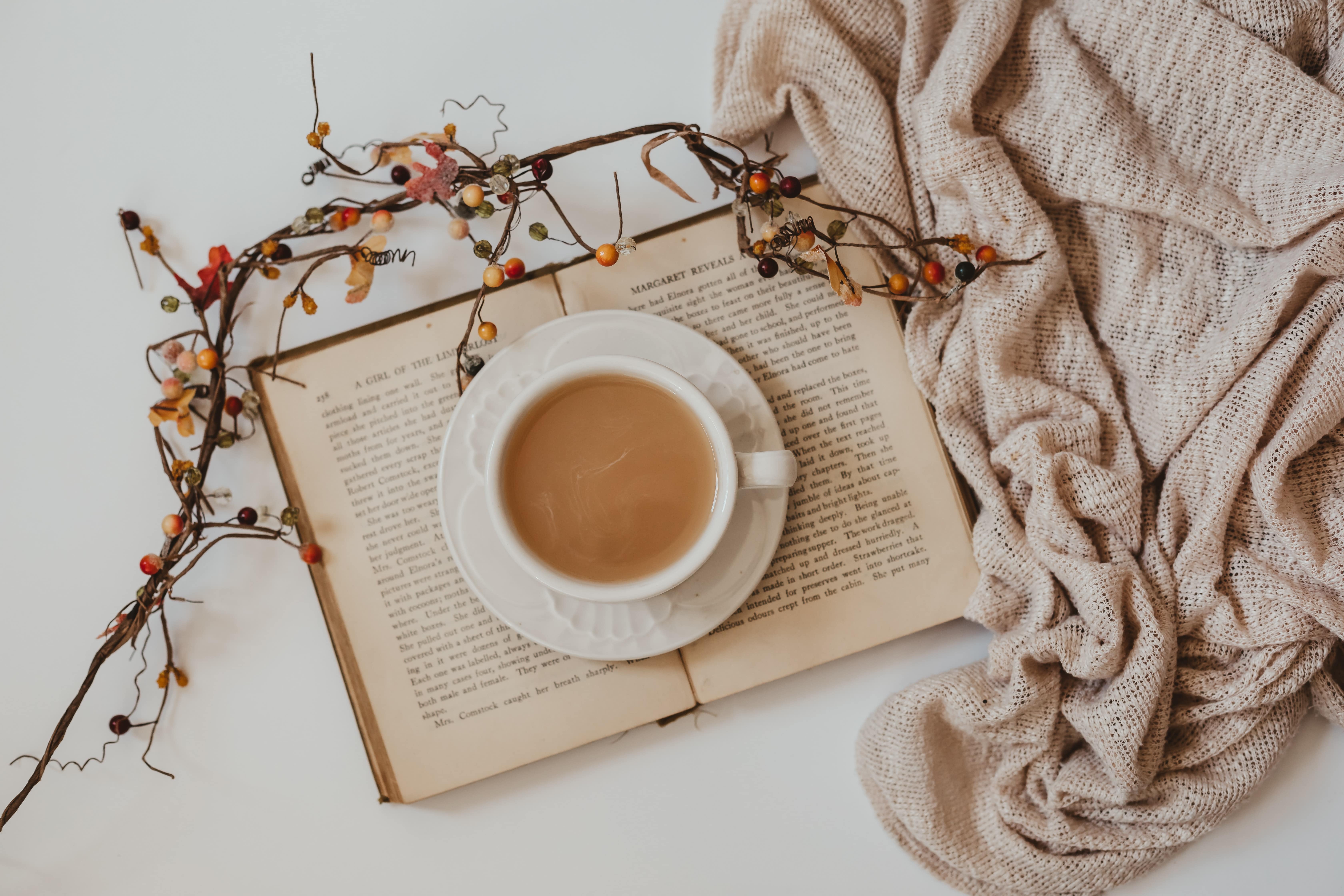 A homeless person in the US lacks an established regular and sufficient nighttime residence or sleeps in temporary accommodations like shelters and places unsuitable for human living. The exact definition applies to homeless families. Homeless people are diverse in various elements like age, ethnicity, and health problems. They get categorized into families, individual adults, runaway or throwaway youths, and the elderly. The individual homeless adults are mostly unmarried individuals. Homeless people also have various characteristics, including poverty, insecurity, vulnerability, substance abuse tendencies, and physical characteristics.

Poverty is the most general characteristic of homeless people. Single homeless individuals receive approximately 12% of the median income per month for all American households in the US. The poverty in homeless individuals is evident from the lack of housing or availability of poor housing like in slums and shelters (UN-HABITAT, 2000). These individuals lack access to clean water and hygienic waste disposal or sanitation systems. They also live in polluted environments that are unsuitable for their health. These conditions show the poverty characteristic in homeless people because people with suitable fixed houses do not experience the same and are not as poor.

Another common characteristic among homeless people is insecurity. They live each day not sure where they will get their meals. In the US, about 20% of homeless individuals eat one meal or less in a day. These people also have insecurities regarding their personal belongings (UN-HABITAT, 2000). They lack a sense of protection from having their goods behind closed doors. Homeless people are likely to encounter robbery and sexual harassment. Statistics show that about 38% of homeless people in the US have had goods stolen from them directly, while 41% had their items stolen in their absence (UN-HABITAT, 2000). Also, 22% percent of this population experienced physical harassment, and 7% encountered sexual harassment.

Homeless people are often vulnerable due to the circumstances they face. This population is vulnerable to diseases, like tuberculosis which occurs in individuals exposed to cold and wetness. The homeless are more prone to this disease and pneumonia than people living in households because they do not have warm places to shelter or warm clothes for their protection. The homeless population also is vulnerable to drugs because of their frustrations in life and the daily stress (UN-HABITAT, 2000). They lack privacy as they have nowhere to call their own. For example, the homeless who sleep along the streets face the walls as privacy. These people also suffer from vulnerability due to their lack of identity, status, and power. People do not value these individuals’ opinions often because of their presentation and because most of them lack necessary papers.

Lastly, homeless people have a characteristic of ethnicity. Most homeless individuals come from minorities in ethnic groups and immigrants in the US. In the US, 41% of the homeless people are white non-Hispanics, 40% are Blacks, 10% are Hispanics, 8% are Native Americans, and 1% are the rest of the races (UN-HABITAT, 2000). These percentages show that most homeless individuals will come from minority ethnic groups in the future.

In the US, approximately 580,466 people experienced homelessness in a single night in January 2020. This number suggests that eighteen are homeless in every ten thousand people in the US. 61% of the homeless population live in sheltered places and 39% sleep in no shelter. 70% of the homeless came from households with adults only (Henry et al., 2021). 36% of the homeless single households comprised adults living in unsheltered regions, while 34% lived in shelters. 30% of the total homeless lived in families mainly comprising an adult and a child of fewer than eighteen years of age. Three thousand five hundred ninety-eight homeless individuals were children below eighteen years, living alone.

Homeless people encounter difficulties in their daily lives. They move around looking for hot meals, places to sit without being chased away, areas to shower and freshen up, and warm space for sleeping. These individuals live in fear of their lives and the loss of belongings because they do not have safe spaces (Mabhala, Yohannes, & Griffith, 2017). Homeless people know they are at high risk of getting robbed or sexually harassed; therefore, they are always looking for any danger sign. Society discriminates against these individuals, making it difficult for them to access simple facilities like proper grooming. It is also quite difficult for homeless people to get employment or just a glass of water during the day. People assess their grooming and despise them for untidiness.

Homeless people face constant reminders of their condition in their daily activities. When these people decide to move from one place to another, they require transportation fees. If they want their laundry done or a place to freshen up, they must pay a fee. The constant need for money to access numerous services reminds them they cannot survive in the world with their state of poverty (Mabhala, Yohannes, & Griffith, 2017). The primary reason people are homeless is poverty, and the lack of money does not aid in removing them from homelessness. One of the most significant challenges homeless individuals encounter is a lack of employment. Most of these people attempt to get jobs, but employers need a physical address for assurance. The homeless people lack fixed addresses and miss jobs that would help them get permanent residences.

Homeless people living in shelters encounter personal space, privacy, and security issues. They share toilets and bathrooms with twenty or thirty individuals meaning there is no privacy (Mabhala, Yohannes, & Griffith, 2017). Also, these people cannot sleep comfortably, worrying that another homeless person can steal their items or harass them sexually. Despite shelters being a better solution for homeless people than sleeping on streets or public places, they still encounter dangerous situations and lack peace.

Homeless individuals have strengths like intelligence, kindness, and persistence. Persistence is one of the most common strengths among homeless individuals, evident in their attempts to look for jobs and meals. After getting rejected, these individuals do not give up on job searching because they know how much they need employment for survival (Mabhala, Yohannes, & Griffith, 2017). Even though they have to walk long distances to get to interviews because they lack transport money, they try their best to get a better life. Homeless people are intelligent because they survive in circumstances where they face robbers and ill-willed individuals. They are also kind to well-wishers who come out to support them by providing food and warm clothes.

It is difficult for homeless people to receive services such as healthcare because of several barriers. These barriers include poverty, lack of identity and proper papers, and lack of awareness. Firstly, homeless individuals lack the finances necessary for proper medical treatment and other services like sanitation (Canavan et al., 2012). Secondly, most homeless people do not have correct identification documents, making it challenging to access some government services. For example, homeless people can get access to free medical check-ups, but they require proper identification (Canavan et al., 2012). Lastly, most homeless people are unaware of probable illnesses affecting them or necessary tests to ensure they remain healthy; hence, they miss out on most medical services or other government services.

I would intervene for this group by mobilizing people, especially employers, to support them by offering them chances to uplift themselves. It is crucial to note that numerous homeless individuals do not escape their homes or quit their jobs and choose to be homeless. These people encounter difficulties in their lives that leave them with no survival means. I would advocate for employers in positions to support homeless individuals and help them get back on their feet. A common mistake to avoid when working with homeless people is considering them less critical and parenting them. People often think the homeless have no idea what to do and command them as parents do to their children. This habit is more of belittling the homeless individuals, demotivating them.

UN-HABITAT. (2000). Strategies to combat homelessness. Series of publications in support of the Global Campaign for Secure Tenure, p. 228.